Oneâ€™s a searing historical drama, the otherâ€™s an intense but goofy action-comedy!

One is Steve McQueenâ€™s 12 Years a Slave, the other is Quentin Tarantinoâ€™s Django Unchained!

Itâ€™s 1841, and Solomon Northup (Chiwetel Ejiofor) is an educated, good-natured family man living in slavery-free New York who makes the mistake of trusting two white strangers who claim to be recruiting him for a circus musician job in Washington. The morning following a wine-infused dinner, he wakes up in chains, now the captive of a slave trader, lacking any papers to prove his status as a free man. His protests are met with a vicious beating, one of several he will receive over the next (SPOILER ALERT) twelve years. He is abruptly renamed and shipped off to Louisiana for sale to the highest bidder.

His first owner is the relatively decent Pastor Ford (the stately, ubiquitous Benedict Cumberbatch), but when a, shall we say, employee dispute erupts between him and the endlessly cruel Tibeats (the endlessly annoying Paul Dano), Northup is sold to the harsh and unstable Edwin Epps (Michael Fassbender).

He gradually settles into his horrific new life while a complicated love triangle involving Epps, his shrewish wife Mary (a frightening Sarah Paulson), and young slave Patsey (Lupita Nyongâ€™o) plays out beside him. All the while, Northup plots how to reach his contacts back home who can prove his true identity. With no one to trust, his prospects for reclaiming his freedom grow steadily dimmer.

Itâ€™s 1857, which, as a screen graphic reminds us, is three years before the Civil War. Django (a cool, subdued Jamie Foxx) is a slave who is purchased in mid-transport by Dr. King Schultz (Christoph Waltz, in his second Oscar-winning role for QT), a chatty and good-humored German dentist-turned-bounty hunter who needs help identifying his next quarry. Django is more than happy to provide not only identification help but on-the-job assistance, and soon, an unlikely partnership and friendship is formed, with Django proving himself an excellent shot and a natural fit for the gig (â€œKill white folks and get paid for it? Whatâ€™s not to like?â€). They traverse the South, side by side, encountering and assassinating countless ’70s character actors along the way.

But Django also has a long-term goal: tracking down his wife Broomhilda (lovely Kerry Washington), who was cruelly separated from him by their previous owner. The quest appeals to Schultzâ€™s sentimental side, and he helps track Djangoâ€™s beloved down to â€œCandie Land,â€ the estate of the flamboyantly wealthy and malevolent Calvin Candie (Leonardo DiCaprio, having a blast), whom they gain audience with by pretending to be traders of Mandingo-fighters. But their true motives donâ€™t escape the suspicions of Candieâ€™s aging and fiercely loyal right-hand servant, Stephen (the indispensable Samuel L. Jackson).

I previously sang the praises of (and declared victory for) Django Unchained on these pages as being, in short, â€œhella fun,â€ and upon revisiting it for the first time since its release, Iâ€™ll reiterate that but update it with the realization that its brand of fun is fleeting and superficial. Unlike Tarantinoâ€™s early cult classics Pulp Fiction and Reservoir Dogs, a second look at it reveals practically nothing you hadnâ€™t seen the first time, and in fact, renders its flaws more glaring. Not that Iâ€™ve changed my mind about it — it was indeed hugely entertaining the first time around, and I still recommend it as the one-of-a-kind roller coaster ride it is. Take away its freshness and elements of surprise, and what still works? Certainly the delightful supporting performances of Jackson and (especially) Waltz, Tarantinoâ€™s endlessly musical dialogue, and some well-constructed montages. On the downside, some of the humor genuinely thuds with hokeyness (the bumbling KKK scene is especially cringe-inducing), the abrupt shifts in tone from light and breezy to dark and blood-gushing feel uncomfortably jarring, and the whole thing (like all post-Pulp Tarantino) feels even more self-indulgently long, and long-winded, than it already did.

Iâ€™m less than eager to revisit 12 Years a Slave anytime soon either, but for quite different reasons. Like McQueenâ€™s masterful debut Hunger (2008), another based-on-fact depiction of a long-suffering prisoner, itâ€™s a brutal, punishing film that puts its audience relentlessly through the ringer, depicting the sheer horror and hopelessness of slavery as effectively as any film ever has. From beginning to end, Northupâ€™s saga (the script is faithfully adapted by John Ridley from Northupâ€™s memoir) is an agonizingly cruel one, but two particularly grueling sequences stand out: one in which Northup is strung up by the neck and left gasping and standing on his toes all day while his fellow slaves willfully ignore the awful spectacle; and another wherein the defiant Patsey is whipped beyond endurance, in part by a coerced Northup himself. McQueen (along with his exceptional cinematographer and longtime collaborator, Sean Bobbitt) is expert at making ravages against the human body feel visceral, and while this may not sound like your idea of entertainment, the film strongly makes the case for the necessity and urgency of directly confronting this darkest of chapters in our history.

If itâ€™s violence as entertainment and catharsis youâ€™re seeking, look no further than Django. Actually, itâ€™s surprisingly restrained (by Tarantino standards) for much of its lengthy running time, but once the blood starts gushing in its final quarter, boy howdy, does it gush, and to a rollicking (and giddily anachronistic) hip-hop soundtrack, at that. Bullets pierce hearts, heads burst open, and the director even gives his own ill-advised (and ill-accented) cameo a rousingly explosive exit.

These cameos, as utilized by Tarantino, are harmless enough, serving as a sort of film-geek Easter egg hunt, the directorâ€™s adorable fanboy way of paying homage to the genres and actors that inspire his movies. A tad more distracting are those in 12 Years. As much as one can appreciate McQueenâ€™s desire to fill out his cast with top-notch talent, the brief pop-ups of Michael K. Williams (â€œHey, itâ€™s Omar from The Wire!â€), Bryan Batt (â€œHey, itâ€™s Sal from Mad Men!â€), Paul Giamatti (â€œHey, itâ€™s Paul Giamatti!â€) and particularly Brad Pitt (one of the filmâ€™s producers) prove more distracting than theyâ€™re worth and represent one of the filmâ€™s few missteps.

But no such complaints can be made about the leads, with the always-great Ejiofor delivering a soulful, heart-rending performance that anchors the film, evoking our sympathy from the opening moments and moving us to tears by the end. Fassbender, from whom McQueen has now drawn three brilliant and wildly diverse performances (following those in Hunger and Shame), is equally riveting as the sadistic and self-destructive villain.Â  Rounding them out is the quietly stunning Nyongâ€™o in her film debut, and reliably fine support from Cumberbatch and Paulson.Â  All are saddled with Ridleyâ€™s archly stilted and stylized dialogue (which, I gather, is in keeping with that of the book), and they deliver it masterfully and eloquently. Tarantinoâ€™s dialogue, meanwhile, is his most enjoyably colorful in years, with DiCaprio, Jackson and Waltz taking very obvious joy in chewing it for all its worth.Â In both cases, itâ€™s refreshing to hear such audacious, unusual choices, but Tarantinoâ€™s jazzy rhythms and offbeat wit have the edge over Ridleyâ€™s stilted, formalized prose.

Both of these nearly polar opposite films accomplish much of what they aspire to do. Django Unchained is a wacky, well-acted thrill ride, a deft blending of homages to Westerns and blaxploitation flicks infused with the singular voice and peculiar tastes of its writer-director, and basically 165 minutes of pure movie geekgasm. 12 Years is a stately, serious and unflinching attempt to depict one of the great stains on American history through the eyes of someone who actually experienced it in all its horror and lived to tell the tale.Â  Django is fun but utterly dispensable junk food; our winner, 12 Years a Slave, is a tougher meal, but a fuller, more rewarding and unforgettable one. 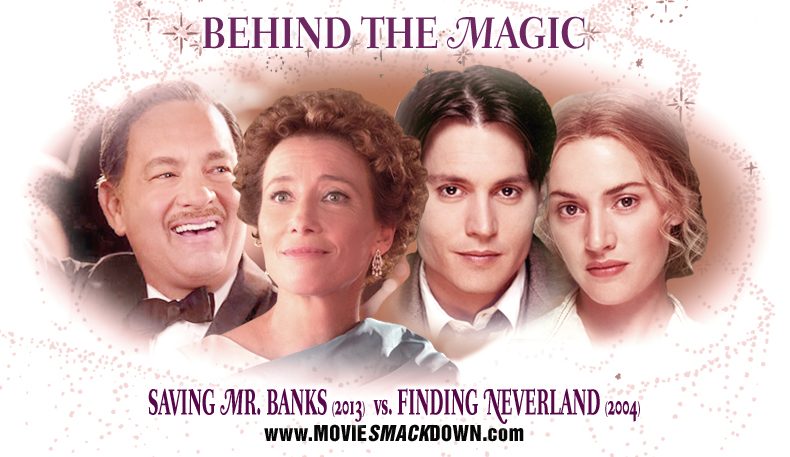 SMASHUP: GUARDIANS OF THE GALAXY VS. THE AVENGERS